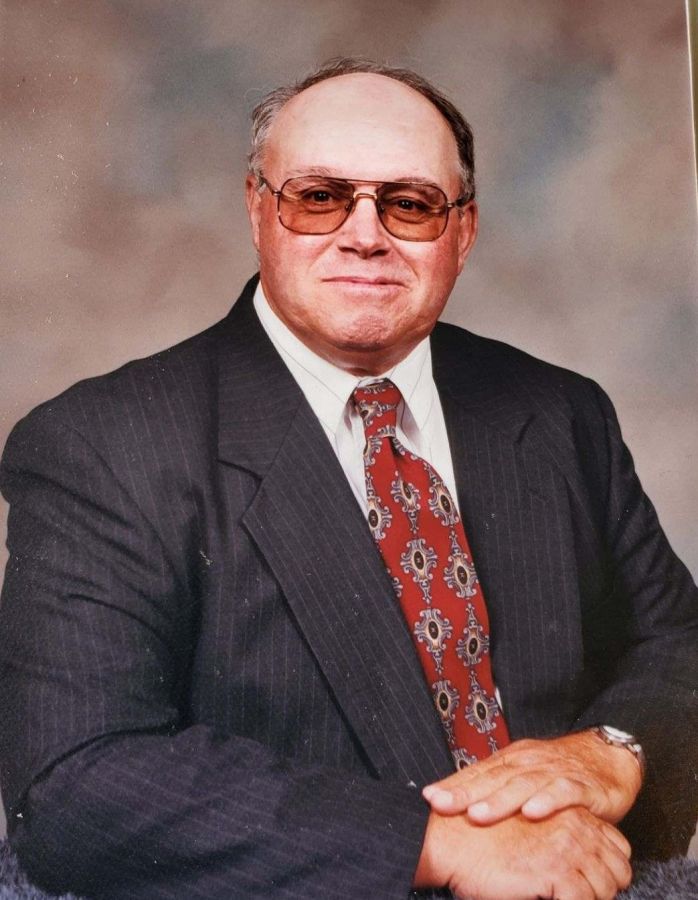 Michael Edward "Uncle Mike" Phelan (75) of Mingo departed this world (as he lived his entire life, squarely on his own terms) on Wednesday, April 14, 2021 at Iowa Lutheran Hospital in Des Moines, but the epic stories he told (repeatedly) and those he evoked will live on forever.  Funeral Mass will be held on Monday, April 19, 2021 at 3:00 pm at Immaculate Conception Catholic Church in Colfax.  Burial will take place at Holy Cross Cemetery.  Visitation will be held on Sunday, April 18, 2021 from 4:00 - 7:00 pm at Immaculate Conception Catholic Church. A Rosary will be recited beginning at 3:30 and a Vigil Service will begin at 7:00 pm.  Memorials may be directed to Holy Cross Cemetery or the Mingo Men's Club and condolences may be left for the family at www.coburnfuneralhomes.com


The son of Martin and Mary (Rooney) Phelan, Mike was born on the 4th of July, 1945, in Des Moines, Iowa, and never lost the conviction that the celebrations occurring each successive July 4th were exclusively on his behalf. Those left to honor his memory include his brothers, Patrick (Janet) Phelan and William (Sara) Phelan; sister, Sr. Ann Martin Phelan; sisters-in-law, Mary Lee Phelan and Jana Phelan as well as several nieces and nephews.  Preceding Mike in death were his parents, brothers, John Phelan and Martin Phelan and a sister, Sr. Mary Ann Phelan.

Mike was a proud graduate of Mingo High School, Mohawks Class of '63, helped organize the annual Alumni Banquet, and was involved in civic activities for many years with the Mingo Men's Club. Mike was a member of Holy Cross Church in Farrar (and, until its closure, Sacred Heart Church, where--due to his countless responsibilities over the years--he was known colloquially as the "bishop of Valeria") and was a member of the Knights of Columbus. Mike lived his entire life in the Mingo area and farmed for more than four decades with his brother, Pat, although his business card read, succinctly and correctly, "Guru of Everything."

Skilled raconteur, world traveler, avid follower of sports, and connoisseur of classic rock'n'roll, Mike was truly one of a kind, and literally never met a stranger. A Renaissance man as skilled and comfortable on the tables of Las Vegas as in the cab of a tractor, he was a storyteller in the Irish tradition (that is to say, a world-class embellisher) who laughed easily and often, always kept things light, and was the first one at every party. Mike's irreverent sense of humor and mission to keep everyone else humble enabled him to hone the art of grief-giving to a fine point, and the more he liked you, the more grief you were likely to get. No one was immune, whether Vatican officials, Franciscan nuns, Blackjack dealers, neighbors at the Co-op, or nieces and nephews (and their spouses/significant others, who often required an 'orientation' before meeting Uncle Mike for the first time).
Finally, Mike was a man whose regrets were few, who loved life, had a deep and abiding faith, and was the epitome of generosity of spirit. He had an unquenchable curiosity and asked questions as astutely as he listened to their response. The informal family motto, "Well, we got that done," could accurately be applied to Mike's life, as could his frequent parting statement, which was, appropriately, "Glad you got to see me." Indeed, we are, too, Uncle Mike. Godspeed and farewell 'til we meet again.

Plant a tree in memory of Michael

Condolences to Mike’s family.
Our thoughts & prayers are with all of you.
Dan & Mari Gannon

I was so so sorry to hear of Mike going on to his eternal Kingdom!!!! Yes, he will certainly be missed by the Mingo Comm. I remember visiting so much with Mike at every Alumni Banquet whenever I attended!!!! Yes,,, he was Always their at everyone as far as I know!!!!!! Loved always seeing Him with that Smile on his Face!!!!! We have just lost to many of our Mingo Alumnus's here in the last couple wks.!!!! So so Sad!!!!!! Our sincere Sympathies to All of Mike's Family and especially Brother Bill!!!! I remember him very Well as he was just a Grade ahead of Me!!!!! He was Class of 68 and I was Class of 69!!!!! Our Deepest Sympathies to All!!!!! Judy Link. Grey and Brother Dennis Link!!!!!!

So sorry to see that Mike has passed It was so good to have such good neighbors as the Phelan family I remember it all well even tho they haven't been my neighbors since the late fifties. I miss that kind of neighbors in this day. I will be thinking of the family I am sure he will be missed greatly.

Our prayers and sympathies are extended to the friends and family of Mike Phelan.

Our condolences to the entire Phelan family and we are keeping you in our prayers at this difficult time. Mike will surely be missed by many. Being on the receiving end of his grief many times I always knew it was his way of saying he cared for you. Being greeted by Mike each Sunday at the entrance of the church was a blessing in its self. I will look forward to his greeting in heaven! God bless you Mike and all your family. Mark and Sherri Morrissey

Mike was a ahead of me at Mingo High, played football along side of him , shop class, FFA ,many other school attivities, very likable guy always with smile, I remember Mike younger Bill would join us at the Gardner’s acherage, where they had a pool table set up where all local guy would go there shoot pool and BS. Rest In Peace Mike it’s been honor to have known you.....Randy Wagner

I have so many memories of Uncle Mike, such as trying to sneak in a quick game of pool in the basement and him calling down to us to not play on the pool table as the balls rolled across the floor. I used to love to go to the Iowa State Fair and see if he was working at the Pork Producers selling the best Iowa Chops. He was the best griller. I am going to miss the nicknames he had for his nephews and nieces. He always greeted me with a smile, even if I just dropped by with my Dad. I love and will miss you, Uncle Mike.

The attached photos are added to the memorial of Michael Edward Phelan to help share their legacy.