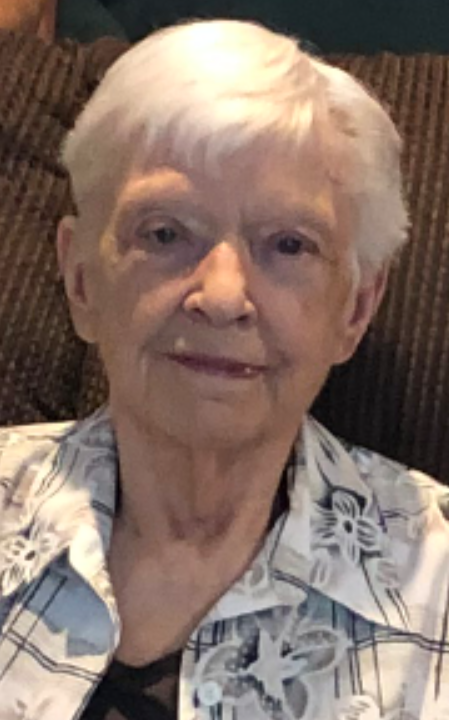 Hazel Mildred Van Ekeren, age 89 of Colfax, passed away on Wednesday, November 03, 2021 at home in her apartment at Newton Village in Newton, Iowa. Public graveside services will be held on Monday, November 08, 2021 at 3:00 pm at Colfax Cemetery. Memorials may be directed to Colfax Public Library. Condolences may be left for the family at www.coburnfuneralhomes.com


The daughter of Harris and Ruth (Williams) Thomas, Hazel, the youngest of eight children, was born on December 17, 1931 in Mitchellville, Iowa. She graduated from Mitchellville High School in 1950. On September 8, 1952, she was united in marriage to John Van Ekeren. Hazel worked as a bank clerk, Colfax City Hall clerk, and an administrative assistant at Drake University. She enjoyed volunteering at the Neal Smith Wildlife Center, at the Colfax Public library, the Colfax-Mingo Area Food Pantry, and the Howard Street Christian church before her health prevented her from doing so. Hazel was a lifelong fan of basketball, having played in high school. She enjoyed watching college basketball and both the WNBA and NBA. She also enjoyed knitting, making sure everyone in the family had new slippers at Christmas. Most of all Hazel enjoyed spending time with her family.

Plant a tree in memory of Hazel

Memorial Tree was purchased for the family of Hazel Mildred Van Ekeren by Meg Prestigiacomo.

Kristi, Jodi, Vicki and families,
Your mom was such a sweet and caring person. She was such a good friend to my family and a lot of us did receive her wonderful slippers! I will miss talking to her on the phone. Hazel will be truly missed but her memories will live on.

I'm so sorry to hear about your mom. I immediately flashed back to high school and remembered her making pork chops Hawaiian for us before we went back for a basketball game and how warm and welcome it felt to come to your house.

Hazel was a dear friend of ours. She always made popcorn cake and slippers every year for us. She is what you would call a very true caring friend. I will miss my chats on the phone with her. We will miss her deeply
Our thoughts and prayers are with her family

Kristi and family - my deepest sympathy as you grieve the loss of your mom - hoping the treasured memories help in the healing. Kim

Memorial Tree was purchased for the family of Hazel Mildred Van Ekeren by Kim Hearn.

Steve and I will miss Aunt Hazel. So enjoyed her phone calls as well as the memories of the Thomas Reunions at Mitchellville Enjoyed our visit with her in June. Steve & Shirley Thomas

Vicki, Randy, Mike, Matt, and Molly: We are thinking of you during this difficult time. With heartfelt condolences... 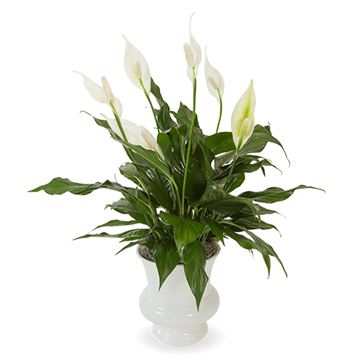 Always enjoyed being around Hazel. Remember well our week in Kentucky doing habitat work, and just her welcoming face at all church activities. Missed seeing her when she moved to Newton. Our sincere condolences to all the family.
Grace&Duane Brown 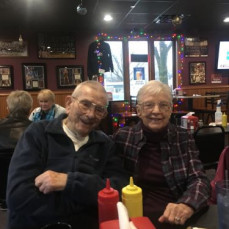 The attached photos are added to the memorial of Hazel Mildred Van Ekeren to help share their legacy.